CrimeRelationshipTrending News
By Correspondent On May 20, 2020 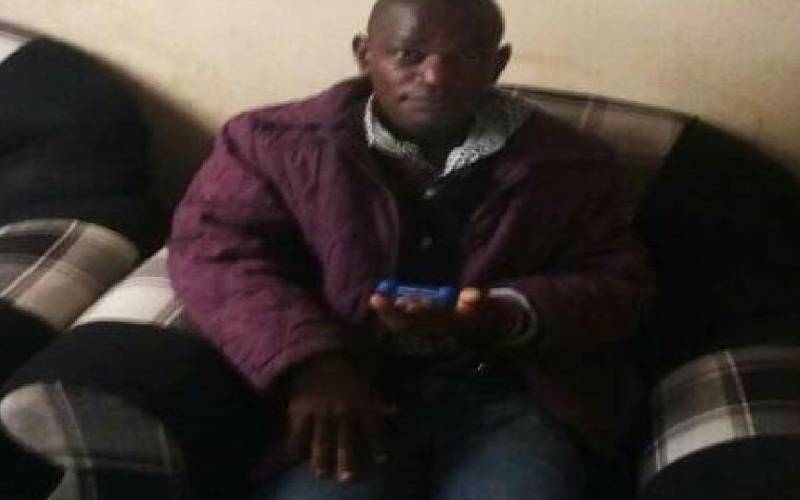 It was supposed to be an affectionate reunion for a Tharaka Nithi couple after nearly two months of being apart. But this was never to be.

The two are now worlds apart; the traumatised woman evacuated by her relatives to safety in Nyandarua while the man she once loved is on the run after allegedly ‘sealing’ her genitals.

The man, identified as James Kifo, is said to have returned home after a long sojourn in Nairobi and attacked his wife by first inserting pepper, salt and onions in her private parts using a sharp knife, before applying superglue mixed with sand to ‘seal’ it up.

In an incident that has left residents of Kamatungu village in shock, Kifo, who has been described as troublesome, did the macabre acts as their three-year-old son watched.

It is the cries of the boy that alerted the neighbours about the gruesome attack on his mother that has seen the woman nursing serious injuries.

In what reads like a scene from a horror movie, the suspect inexplicably escaped the blockade placed around the Nairobi Metropolitan Area to travel upcountry.
Tharaka South Police Commander Kiprop Rutto said the suspect is still at large.

Mr Rutto said the suspect reportedly returned home from Nairobi on Saturday night and told his wife that they had to shift from their home to another location to avoid being arrested for leaving Nairobi area, which is under lockdown due to Covid-19 pandemic.

He said they left home but on reaching Kathita River, the man, who threatened to kill the woman, ordered her to undress.

The suspect is said to have ordered the woman to name all the men she had slept with while he was in Nairobi.

After sexually assaulting her, he also sealed her ears and mouth with the mixture of glue and sand and left her for dead.

Rutto, describing the attack as dehumanising, and said the police were on the suspect’s trail.
“The guy did very bad things,” said Rutto.

Kifo told locals he worked as a watchman in Nairobi, but the police suspect he was involved in crime in the city.

When The Standard visited the area yesterday, locals were not willing to openly talk about the man, who another police source revealed had been on their list of wanted criminals.

Recounting the incident, a man only identified as Murimi claimed the suspect had told the woman’s parents he would kill her.

Zambia closes Chinese restaurant for refusing to serve locals over…

Though she sustained injuries after being abused, the police said she was treated and discharged yesterday morning.

“On hearing about the ordeal, her parents sent Sh2,000 as fare for her to return home, as she feared for her life. But somehow the daughter did not run away as instructed,” said another villager privy to the rocky marriage between the two.

The police said the couple had a history of violence.

The woman had run away a number of times to escape the abuse, but the man would woo her back, another villager said.

“He arrived home in darkness and found the wife and child, and warned her against alerting anyone that he was around. He said he had managed to sneak out of Nairobi and that local police would arrest him if they knew,” said the source.

The man, the source said, had been on their radar as he had pending court cases after allegedly committing robberies locally and running away to Nairobi’s Utawala.

“He managed to deceive the wife to leave the house with him and the son. He told her it was safer for them to go to his cousin’s home, not far away, because he feared the police might know he was around,” said the source.

The three of them left their home around 10pm but on reaching a secluded dark area, the man stopped her and ordered her to address.

Not knowing why, she resisted but the man descended on her with slaps, rocking her body.

It was at that point that he menacingly asked her to count how many men had slept with her while he was away.

“She obliged and undressed. From a bag he had carried, the man removed salt, pepper, onions and superglue and proceeded to assault her. As he did so, he instructed his son to hold the spotlight for him,” police said.
It was the son’s cries that attracted locals in the vicinity, who ran to the woman’s rescue.

The attacker vanished in the darkness.
“We are following strong leads. We are hot on his trail,” said the source, who revealed that the victim’s mother had picked her and left for Nyahururu.

An official at Marimanti Sub-county Hospital said the woman was treated and discharged.

Zambia closes Chinese restaurant for refusing to serve locals over…