ATWOLI :The Senate is now in our hands, We are going for their Master – William Ruto. 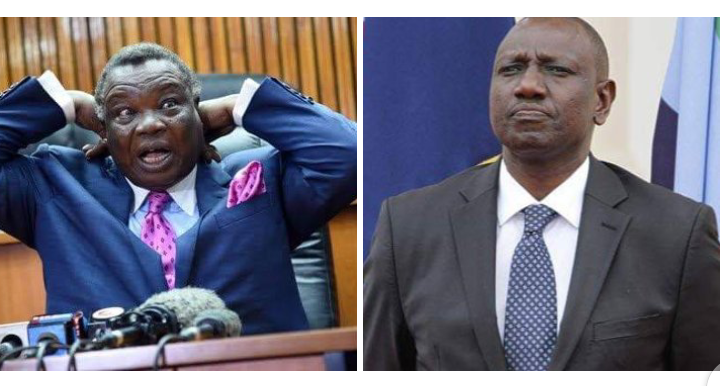 By Lemiso Leboo,
COTU secretary general said the next move is to impeach Deputy President Ruto. He said this hours before Uhuru came to Ruto’s “rescue”. Uhuru wants Ruto to watch his political demise from within.

Speaking after ouster of Senate Deputy Speaker and Tharaka Nithi Senator Professor Kithure Kindiki, Atwoli said William Ruto’s goose is already in the Kitchen and it was only waiting for the chefs.

” We now have new chefs who can be trusted with the job. William Ruto should be taught that a child can play with the mothers nipples but not the fathers testicles, ” Atwoli said.

According to Atwoli, the ongoing purge in Jubilee was to pave the way to an upcoming impeachment motion against William Ruto that is currently waiting to be tabled before the house.

” We have all the plans to teach him a lesson. After impeachment, we will arrest him for corruption and land grabbing “, he added.

REVEALED :Why the Rifts Between Uhuru, Ruto Cannot Be Reconciled-Murathe