Corridors of PowerScandalsTrending News
By Correspondent On May 27, 2020 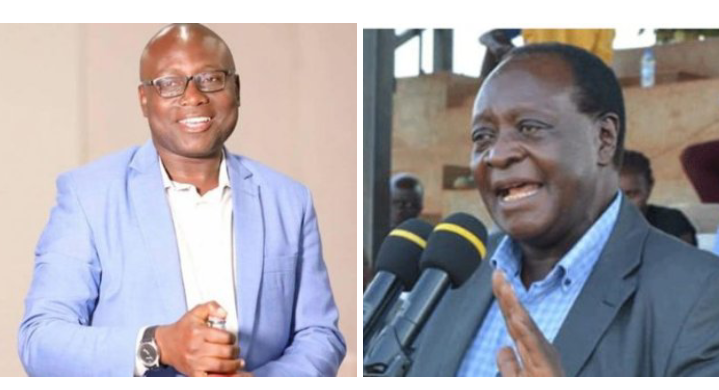 Vihiga County Director of Communication Victor Wetende is a worried man after a report emerged where he signed for Sh1.5 million for media coverage during the Covid-19 preparedness.

Communication from Governor Wilber Ottichilo’s office indicated Wetende may be suspended and eventually sacked after repeatedly signing for millions of shillings in the last year he has been in office, which he claims is for media coverage, but ends up squandering it on other people’s wives.

In his short tenure at the county, he has already been badly beaten three times by other staff, on whom he was wooing their wives and promising them ‘heaven’. He is occasionally seen with bandages from the beatings.

But revelations that he signed for Sh1.5 million, for media coverage during the Covid-19 sensitization, is the one that has enraged his boss even more.

According to reports by Weekly Citizen,is allegedly having used the money to purchase a small car, a Toyota Passo, in April, which has now been dubbed by other staff as ‘Corona’, and also opened a bar in Kakamega in association with KTN Reporter Willy Lusige, whom they make many deals from the county together.

“The Governor has been patient on him, forgiving him for mounting on peoples’ wives unnecessarily, but I do not think if he will survive this time round,” the source from the Governor’s circles said.

The report, signed by the acting Medical Services chief officer, Dr Richard Boiyo, indicated the Covid-19 committee spent Sh1.5 million on media coverage. According to the report, the vote on media coverage was used to create awareness to the general public on the dangers and preventive measures of Covid-19.

According to the documents that are being interrogated by the Assembly’s Health Committee, Sh70,000 is said to have been spent on hiring of Live-U and Sh65,600 on hiring of a still camera.

The expenditures saw Sh25,000 spent on the purchase of internet/bundles and Sh61,250 was used to buy DVDs.

Staff in the Communications office have been incensed after revelation of the figures, yet they have been doing all this work for free, and even on some days going without lunch.

Lugaga/Wamuluma MCA Victor Ijaika noted it was a pity funds have been spent on non-essential areas when locals were struggling under the effects of the pandemic.

Another Kenyan plane delivering humanitarian supplies shot at in Somalia