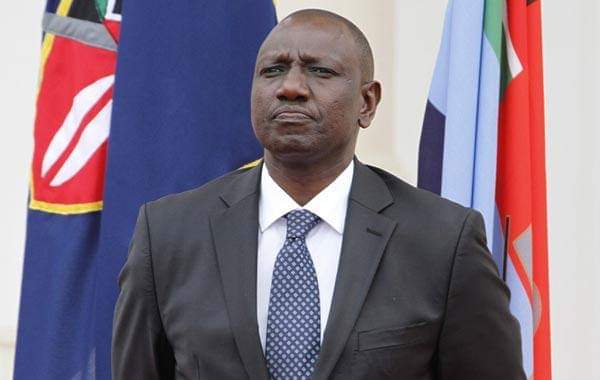 Fresh details have emerged of how Deputy President William Ruto plotted to impeach President Uhuru Kenyatta in February this year so as to use the government machinery to rig the 2022 elections. A plausible source close to a Ruto personal assistant claimed that the DP was rounding up numbers in Parliament to impeach President Kenyatta.

According to source privy to Weekly Citizen, the impeachment plot was engineered after it became apparent that the President was not ceding ground in the war on corruption and his opposition to early campaigns that had taken off, with the Deputy President touring every corner of the country to popularize himself.

To achieve this, Ruto’s allies embarked on a smear campaign against the President in as early as October 2019, preparing the ground for an impeachment that would have been popular with the people.

According to the source, City lawyer Dr. Korir Sing’oei, a legal advisor to Ruto, was tasked with drafting an impeachment motion which was to be introduced to the House on February 11th 2020 when the National Assembly resumed its sittings. However, to fluently unseat the President, Ruto had to first make him unpopular in his Mt Kenya backyard and later packaging himself as the saviour of the region.

MPs Moses Kuria of Gatundu South and his Kikuyu counterpart Kimani Ichung’wah came in handy. The duo were tasked with undermining the President in his home County by inviting and accompanying the DP to tens of Harambees in the region. Further, a number of Kikuyu musicians were incorporated to compose songs either demeaning the Head of State or praising his deputy. Notably, former Mungiki spiritual leader Muigai Wa Njoroge was paid Ksh 4 million for a song demeaning the first family.

Popular spoken word artist and activist King Kaka was also roped into the plot. His viral ‘song’ Wajinga Nyinyi was released to coincide with the popular calls for a revolution that had started gaining momentum in the last quarter of 2019, with David Ndii and Miguna Miguna being the main actors.

Notably, Miguna Miguna was expected back in January and Ruto allies were on the forefront of welcoming him home led by Kandara MP Alice Wahome. Kaka’s first two lines of the song is the summary of the plot, “The seating President is now sleeping, no no, he is sipping”.

Since last year, MPs allied to the Deputy President were alleging that the country was on auto pilot implying that the President was either sleeping or imbibing his favorite drink. A Swedish based vlogger who succumbed to COVID-19 last month was contracted by Moses Kuria to brand the President with unpalatable names. Apparently, he was behind the infamous names Jameson Kinyua Wanjohi. Uasin Gishu Women Representative Gladys Boss Shollei is on record saying that Kenya was rife for a revolution; same script.

On 27th January, over 100 MPs allied to the DP converged in Naivasha for a two day retreat which was to lay the final plans. However, a drunk Moses Kuria had told a friend that he would be Karen’s new resident by the last week of February. His words to the friend were, “They will not know what hit them, you can come for breakfast in Karen by March, they can keep Gatundu”, signaling that he was the Deputy President-designate if their plot was successful.

According to the outspoken MP, if Ruto seized power two and a half years before a presidential election, he wouldn’t be deemed to have done a presidential term implying that the earliest Ruto would leave office is 2032, had their plot been successful. Unfortunately, their plans were abruptly stopped following the demise of former President Daniel Moi. The ongoing purge at Jubilee Party cannot have come at a better time for the President.