Trending News
By Correspondent On Jun 3, 2020 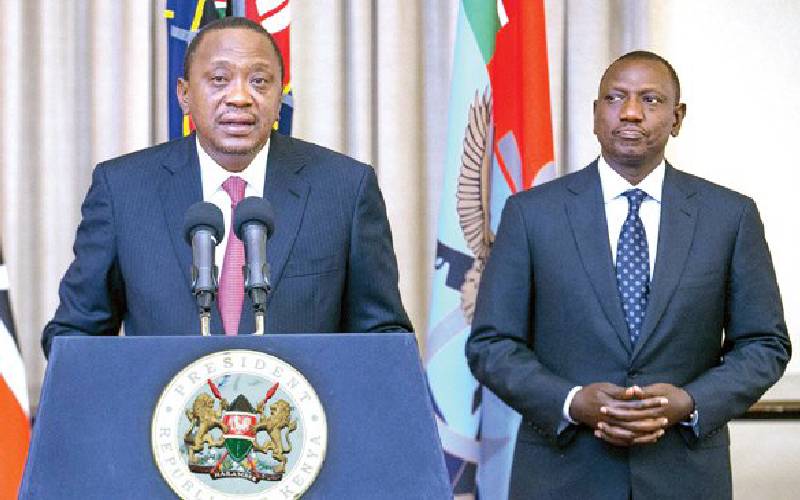 According to the new legislation, The Deputy President will no longer have power to hire staff, instead the powers has been given to head of public service.

This is coming after a growing divide between President Kenyatta and Deputy Ruto, highlighted by a recent corruption scandal was reported last year.

The divide between them grew after July 22, with the arrest of Cabinet Secretary to the National Treasury Henry Rotich, who was accused of corruption.

Rotich, who pleaded not guilty, was released on bail the following day. He had been appointed by Kenyatta in 2013 at Ruto’s request.

Ruto held his tongue on the indictment of Rotich, a key figure from his populous political support base in the northern Rift Valley region.

Meanwhile, another political development could stoke tension between the two top leaders in the right-wing Jubilee Party administration.

DP Ruto on spot after Kilifi Businessman accuse him of unpaid bills worth Ksh 1.5M