PoliticsTrending News
By Correspondent On Jun 11, 2020 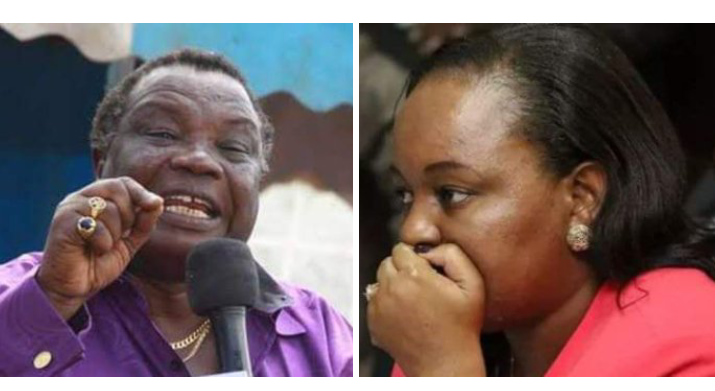 Outspoken COTU secretary general Francis Atwoli has urged the Senate to save Kirinyaga Governor Anne Waiguru after she was impeached on Tuesday for the sake of the Building Bridges Initiative (BBI).

According to Atwoli, it was wrong to impeach a first-time governor at a time when the BBI was entering the execution stages.

Further, he urged the Upper House to save the impeached governor so that the BBI activities in Mt Kenya are not interrupted adding that Waiguru has been in support of President Uhuru Kenyatta and his agendas including the BBI.

“The MCAs should talk and address the issues being raised. If Waiguru is wrong, they can use the Ethics and Anti-corruption Commission or the Directorate of Criminal Investigations to address any wrongdoing. However, we are calling for a dialogue. There are many channels of addressing issues in our Constitution. It would be good if the MCAs considered them first,” Atwoli is quoted by the Star.


The COTU boss additionally indicated that Waiguru is President Uhuru’s foot soldier who helped in steering the BBI within the Mt Kenya region hence her exit would lead to frustrations.

23 MCAs voted to impeach Waiguru, while four abstained. Six members were absent during the session.

The impeachment motion was tabled by Mutira Ward MCA David Kinyua where Waiguru was accused of gross violation of the Constitution, abuse of office and gross misconduct.

The governor is also accused of using her office to improperly confer a benefit to herself when she was irregularly paid for travel allowances by way of imprests amounting to Ksh10.6 million yet she did not travel.