Former Kakamega Senator Boni Khalwale found himself in trouble with a section of Kenyans On Twitter (KoT) after launching an attack on Governor Hassan Joho and MP Junet Mohamed over their trip to Dubai to see Former PM Raila Odinga.

In his late night tweet, Khalwale insinuated that the act of Joho and Junet hiring a private jet to go see a patient (Raila Odinga) in Dubai was misuses of public funds (Taxes).null

“A private jet just to visit a patient in Dubai. How ua taxes are spent!” tweeted Boni Kwalwale.

Joho and Junet’s visit to Dubai

However, KOT was so quick to hit back with receipts, reminding him that just the other day he used a private Chopper to go and record a statement with the police in Kakamega.

Others pointed that Khalwale was being driven by jealous and that’s why he opted to tweet late in the night, to avoid backlash from Netizens.

On Thursday, Mombaasa Governor Ali Hassan Joho and Suna East MP Junet Mohamed flew to Dubai to visit ODM Leader Raila Odinga who is recuperating in the Middle Eastern city. The two shared photos of their trip inside the flashy private plane which they used to fly.

Later in the evening, the two confirmed that they had landed safely in Dubai by sharing photos, posing next to Baba.

“Delighted to see my party leader Baba @RailaOdinga looking fit and in high spirits after undergoing the surgical procedure in Dubai last week. We in Mombasa and the country at large continue to pray for his speedy recovery and a safe return home to Kenya. @JunetMohamed” tweeted Joho.

@AmakanjiThomas “@Kbonimtetezi You forget so quickly when you took a chopper to kakamega just to appear for the summonThinking face you and #WetaTheRutoProject are similar. How much did it cost?”

@JoelGriffine :@KBonimtetezi You didn’t need to wait till the dead of the night to tweet. Tweet in broad daylight tukuone” 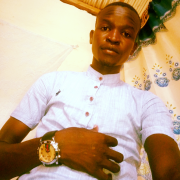