A secret plot to appoint Gideon Moi as deputy president after he will have staged a spirited onslaught and piled pressure on William Ruto to step down is cooking in the pot.

The happenings surrounding the DP, among them, the luring of his key supporters into the government axis of the Jubilee government supporting Uhuru Kenyatta’s wing of Kieleweke from the DP’s Tanga Tanga brigade, are part of a wider scheme and long time strategy to cut Ruto to size, and eventually, boot him from the corridors of power.

Although others say that Ruto is aware of the political machinations to force him to resign and relinquish instruments of the second in power, he has decided to stay put until an opportune time. 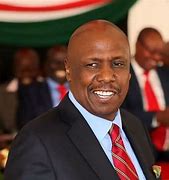 Ruto, instead of an early resignation that could come with political ramifications on his way to stardom, has decided to wait for a late quitting of the office of DP next year, when political temperatures will be at a crescendo, to spin his political magic for a decisive comeback to claim his ride to the 2022 presidential race solely or without Uhuru.

The scheme to have Ruto resign ahead of the impending cabinet reshuffle was to accommodate the faces of those perceived to be his political allies from outside Kikuyuland to deal him a political blow in the process. Currently, the DP office has been reduced to a shell and a pale shadow of its former self and he does not value it anymore as such.

There are lesser activities than there were. The choice of Gideon, the Kanu chairman is informed by the idea that currently, there is no Jubilee Party elected leader from the Kalenjin community who can match Ruto’s clout in terms of resources, acumen and political mobilization.

Jubilee party secretary-general Raphael Tuju receives directives from the president’s advisers. The beginning of the strategy to place Gideon a heartbeat away from the presidency was on May 8, when the senator led his party in signing a post-poll coalition deal with the ruling party Jubilee. Muhoho and Nancy were present during the signing of the deal, which is a pointer of its importance and significance to the president. By then, within Jubilee ranks and file fear was that if Ruto resigned as he was being pushed to, there was nobody able to succeed him.

Those mentioned as his likely successors Kindiki Kithure and former majority leader Aden Duale were all in the DP’s camp. By then, Uhuru’s serious concern was that during the Mwai Kibaki era, Kibaki’s handlers were left scratching their heads after the demise of late vice president Wamalwa Kijana.

A section wanted then minister Mukhisa Kituyi, a Bukusu like Wamalwa to take the plum seat. After days of antagonizing, they landed on the elderly Moody Awori, a man who had no presidential ambitions. Others even thought Raila Odinga who was then Transport minister in the Narc government, would replace Wamalwa. Raila had mourned the late Wamalwa in Luo traditional style donned in full regalia with analysts saying that he was politically cleansing himself to succeed Wamalwa as VP. For now, Gideon is being prepared for any political eventuality in the office of the DP. The signing of the Jubilee/Kanu power sharing deal after Jubilee staged major palace coups to control the ruling party in the national assembly and senate speaks volumes. 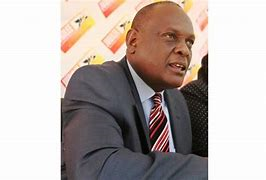 The absence of Muhoho and Nancy was a pointer that the Kalonzo-RutoJubilee deal was of less significance to the president as compared to that of Kanu and Jubilee. Insiders familiar with the developments revealed that the advisers had devised a strategy to pile pressure on Ruto to resign. Initial fear being that if Ruto resigned when Kanu had not entered any legally binding deal with Jubilee, and if Gideon had to be named deputy to Uhuru, someone would have moved to court to block the orchestra on legality aspect. But the deputy president, aware of the strategy, has devised a countermove where he plans to abruptly tender his resignation as DP late next year or even early 2022, to intensify his campaigns for the presidency.

The timing is also said to be based on the fact that there is no opposition in Kenya and Ruto once he jumps over, will be the face of opposition. Indeed, Ruto is said to be thanking his gods that Raila is still tied in government hoping to be Uhuru’s choice.

Ruto is therefore closely eyeing Raila’s every move lest Raila backflips to the opposition before Ruto pitches tent there and lays claim and stake as the defender of Kenya’s oppressed. Ruto is aware that once Uhuru publicly picks Gideon, that will be the end of Uhuru and Raila.

Yet Uhuru can not make his plans known now because he needs to keep Raila following him like the hyena that followed a man up to his home thinking that the man’s arm that was swinging would fall.

The DP plans to pull a surprise by calling it quits a year to the 2022 general election, to kickstart his campaigns after launching his political party, a move the president is keen to neutralize and try to nip in the bud Ruto has reached the conclusion that his candidature on Jubilee ticket will hit a brick wall since signals point to a scenario where Uhuru will deny him the ticket.

The team fears Uhuru will use friendly Jubilee delegates to pass a resolution for the ruling party not to field a presidential candidate, but to instead go for a coalition with ODM where the premier and deputies will be reserved for it.

To win more public support, Ruto while tendering his resignation will cite frustrations from Jubilee and betrayal by the president, pointing out that his resignation was necessitated by the systematic reduction of his office into a shell by the man he stood with through thick and thin. The DP will cite the designation of the presidency into executive Office of the President with him only as one of its senior officials with no role to play and the cutting down of his budget by as much as 87pc which was meant to stop him from moving around the country to commission or inspect development projects.

The deputy president will further cite the continued persecution of his allies, some of whom are facing corruption charges, as another reason for stepping down since the deep state is determined to scuttle his presidential ambition. 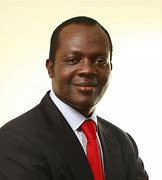 He will further point out that after the handshake, he was robbed of the role of appointing various heads of parastatals and those he appointed were hounded out of office on flimsy grounds. Further, the DP will point at the appointment of a secretary to the Jubilee Coalition Group, Amos Kimunya before he assumed the docket of national assembly majority leader, as a move to erode his powers since the holder has much more clout within parliament than him, and serves as the link between the executive and the national assembly, a position that had been reserved for him in Jubilee’s first term. The DP will also allude to the ejection of his allies from key parliamentary committees as a bullet that was meant for him.

The choice of Gideon is informed by the fact that the senior Moi is Uhuru’s mentor who introduced him into politics and hence he owes the late president a favour. It also informed by the desire to appease the Kalenjin community as Gideon is one of them.

The chance to deputize the president, even for several months, will also accord Gideon the opportunity to consolidate Kalenjin votes, and also cut a national image ahead of the elections. This might not wash though because it is unlikely Kalenjins will abandon Ruto. On the other hand, some fear that the move will anger Raila who might somersault and land at Ruto’s camp to teach Uhuru a lesson for playing games on Raila because Gideon’s elevation will be seen as giving him a gate pass to State House after Uhuru goes.

Uhuru, who since the beginning of the year has been stamping his authority as the president, is now relying on his secret advisers to generate, evaluate, approve and execute major action plans which will place Gideon at a focal point in his succession, and also cut to size, the senator’s perceived competitors such as Musalia Mudavadi and Moses Wetang’ula.

Boni Khalwale’s attack on Junet and Joho over trip to Dubai backfires so badly.