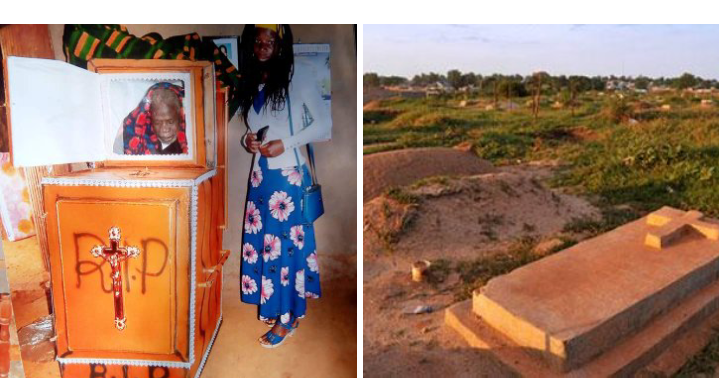 Did you know that there are traditions that demand the dead to be buried while seated among the Angusu clan of the Idakho in Kakamega County of Kenya?

Yes, the Bukusu, Idakho, Tachoni and Kabras sub-tribes of the Luhya community believe that burying the dead in a sitting position is a sign of respect.

“We found these traditions in place and have to live with them. For the dead to fit into the coffin, the elders must hold a special conversation with them before they are buried,” Mzee Museve Mwidakho, an elder from the Angusu clan, is quoted by the Standard as saying during a past interview.

Mwidakho adds that the practice, which was started by Nabongo Mumia of the Wanga community and has since been copied by other sub-tribes, is meant to connect the living and the dead.

However, it is among the Tachoni (Kabras) sub-tribe of the same Luhya community where the ancient customary burial ceremony known as ‘khuuyia’ is still practiced but is conducted for those who give instructions when they are still alive on how they wish to be buried.

What does it entail? Well, according to Laban Sindani, a Kabras elder, before their death, any person who wants the Khuuyia conducted chooses a bull to be slaughtered by one of his sons when his time comes.

People who believe in Khuuyia rites are usually buried in a house chosen by them before their deaths.

“This house is called shiro and no one is allowed to stay in it. Before the white men came and introduced hospitals, a person nearing his death, either due to old age or illness, was taken to the shiro. Movement of dead bodies is a taboo in our community,” Sindani said as quoted by Standard.

With the Khuuyia, the paper adds, the dead are either sat vertically or laid horizontally. In the former, both hands are rested on the cheeks while in the later, one hand is rested on the lower cheek and the other on the thigh. Burial is conducted on the second day after death.

The chosen bull must be killed with one strike on the head with a club while facing the entrance to the shiro and must fall on the right side of the hut.

“The first grandson in the sub-clan climbs the shiro as one elder beats a small drum while another sprinkles milk on the grave using a tail belonging to one of the deceased’s family’s cattle,” Sindani is quoted further as saying.

The milk used must be from the deceased’s oldest cow but if the deceased had no cow, the milk is obtained from a brother’s cow. The dead bull is then skinned and the meat is only eaten by a few people.

“Those who carry home the meat need to have slaughtered a cow or a bull to the deceased relatives in the past. If by mistake one partakes the beef and does not qualify, they will be haunted by evil spirits. The corpse is buried naked. Its private parts are cut off and kept on a stick tied on its waist before the corpse is lowered into the grave,” the elder adds.

The body is wrapped in skin from a slaughtered bull and is buried with the head, which is covered with a pot, sticking out of the grave. When the body is rotten completely, the shiro is pulled down by the elders who conducted the burial.

The shiro must fall down at a go. If it does not, it means the deceased is not ‘really dead’ and someone close to him may follow suit.