The History of Turkana: Resistance To The British Rule

The Turkana’s contribution to our country’s independence is immeasurable and unequaled, but unfortunately , this has never been recognized. Who will talk about this?

If you think the Kikuyu and Kalenjins were the top freedom fighters in Kenya, then you are wrong. Why were we fighting with the British? Did we fight them to regain any land that might have been taken away from us? The answer is no.

We fought them because we refused to recognize their Administration. We resisted their rule, as a result we lost close to 5,000 men at a time when we were numbering about 30,000 only.

Which other tribe in Kenya lost a 1/4 of its population and 100s of thousands of livestock to the British like us? It is documented that, apart from the Nandi, we were the only tribe in the region that put stubborn resistance against the British administration making us the subject of punitive expeditions throughout the colonial period in Kenya.

It is marginalization, for these enormous contribution by our freedom fighters to remain un-recognized by the national government.

But, for the sake of knowledge, for those who do not know how our forefathers sacrificed their lives for Kenya, i am going to give a brief ethno-genesis of our socio-political organization and our responses agaisnt the British administration.

At the turn of eighteenth century, before arrival of the British, Turkana under the leadership of Angirokol and Apatepes semi-mytholocal military leaders had developed military skills for Turkana territorial expansion and conquest of neighbouring communities.

Unlike other communities which did not have strong political military organizations, the British found us more prepared than our other Kenyan tribes.

Here below is the history of our forefathers resistance of the imperialist administration and how they were eventually kicked out of Kenya.

4. At the end of eighteenth century, Lokorijem a powerful diviner united the Turkana people by building powerful military units and directed them from his base on Kerio river.

5. Our resistance to the British started with Count Samuel Teleki’s expedition in 1888. His arrival was met with resistance, leading to shooting and killing of 300 men during his expedition.

6. subsequent european expeditions of 1898, and 1901 by H.H. Austin that followed were fought and resisted fiercely, making us branded as 7 feet tricherious tiger giants useless to try and maintain friendly intercourse with.

7. At the turn of the century a newly erected post at Ribo ( Kolowa) in pokot land south of Turkana land by Sir johnson was destroyed by Endo people from across Kerio river killing 43 of its garisson but instead Turkana were blamed because of what was termed as bad habit. The post was relocated to Baringo.

8. A year later a furious Ebei of Ngiesetou section “War leader” sent Turkana delegation to Baringo with a message that he would shortly come with an army to destroy the European post in Baringo and drive them away. (we fought the British beyond our territory)

9. In 1903 as Lokorijem general Ebei’s mentor was aging, Aunomeri (who was later jailed by the British for stirring conflict), Kolitiang and Lowalel took over The Turkana leadership with Ebei remaining the most powerful military figure in southern Turkana, ngissiger, ngibochoros and ngikamatak, the British estimate that he (Ebei) could field upto 2000 fighters within short notice.

10. By this time the Biritish had intensified collection of hut taxes by force something the Turkana regarded as raids by the europeans. Therefore since the europeans did not have their own livestock to be raided, the Turkana intensified raids on their neighbours to restock themselves.

11. 1910 Mr. Lobwin’s (Ng’ikamatak war leader) settlement was attacked by the British span’s patrol killing 30 of his people, and confiscating over 16000 of his livestock. 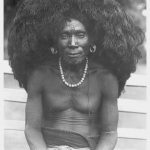 Lobwin led the resistance of hut taxes through stock raiding of the neighbours whenever the british forced them to pay hut taxes. He was captured and sent to Nairobi to be repremanded by the Governor.

12. 1911 Kolitieng Atol one of the greatest diviners in south Turkana had became convinced that it would be sheer folly to cooperate with the british as such he directed Ebei ‘the military leader’ to intensify raids against the pokot, samburus and Karamojong which had already come under British administration to compensate for livestock taken as hut taxes.

13. In June 1912 Kolitieng and Ebei’s followers refused to pay hut taxes. These refusals quickly spread across the entire Turkana land. Mr. Echakan Ebei’s brother further reinforced the rejection of the British control by deepening raids against the pokots and samburus. Kolitieng and Ebei were arrested and tried for the resistance. Kolitieng served his 4 years sentence in Naivasha after which he was informed he was to be detained indefinitely as a political prisoner for 7 years.

14.The Turkana resistance of the British intrusion and administration intensified with Kokoi the great spiritual leader in northern Turkana steadily embarking to reassert his leadership over military affairs. in the past charistimatic great diviners such as Lokerio and Lokorijam, had performed the vital service of giving the Turkana a renewed focus of identity, based on their overall co-ordination of military affairs. By the end of 1917, Kokoi was able to mobilize between 4,000 to 5,000 men to defend Lomogol river (Kokuro) which was a strategic striking pad for the British army. 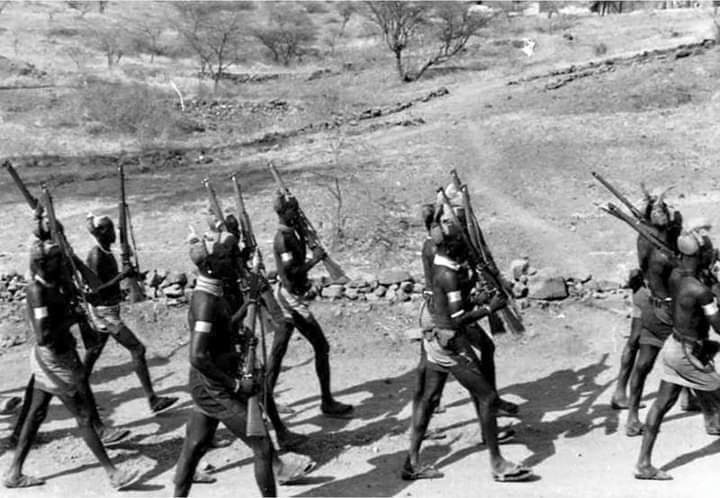 A combined force of 5000 troops drawn from Sudan, the King’s African Rifles, and fighters from groups antagonistic to the Turkana launched an operation that led to deaths, confiscation of livestock and the scattering of our people across borders, to Samburu, Isiolo, Marsabit, Laikipia, Cherengany etc. This year is called Ekaru a apetaret.

That is how our people found themselves in those places. However, we continued to put stubborn resistance against the British domination and payment of hut taxes until 1926 when they reintroduced civil administration after they temporarily broke our military might and in 1928 they reinstated hut taxes.

16. The Turkana army campaigns of 1917 saw a very important fighting force emerge, the (‘Ng’iruru) under the command of General Nathura and Ebei respectively, parts of the force came to be known as ‘NG’IKA-NATHURA’ and NG’IKA-EBEI’ – Those of Nathura and those of Ebei.

By this time, the name Ng’iruru had come to designate a hard core of inveterate, well trained opponents to the british rule upon whom Ebei, Nathura and Kokoi could depend when forming a military expedition. This force was no match for Kikuyu’s Maumau.

17. At the beginning of 1950, we embarked on resistance of the British domination by deepening raids on communities that had already come under British domination. More military operations against us were continued till independence.

To honour these great men for the sacrifices they made for our county and liberation of kenya, I propose their statues to be erected in conspicuous places in Lodwar. 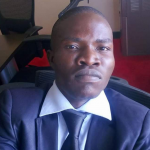 Epae Obadiah Louchum (Apaa Losil Kiira Iruko) the source is found from the National archive on the books of history. 🙏🙏🙏