By Sam Munyaka
Five people allegedly died on Monday in what appeared to be a fight over control of a holy shrine. 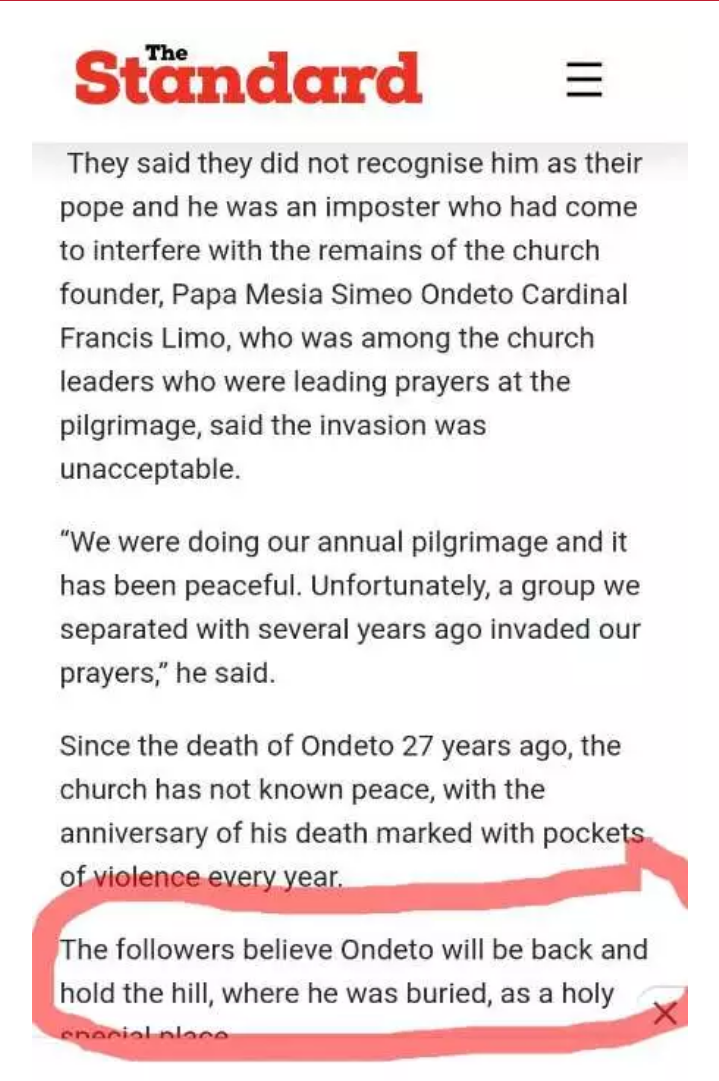 According to what has been happening in the recent past, if you have been reading articles on various websites and following news on your TV then you know what am taking about.

Church members have been fighting over power and this is what happened on Friday in Migori County.

Reports have it worshipers from different churches of Legio Maria gathered at Holy Got Kwer Shrine where they conduct annual prayers.

ALSO READ:   REVEALED :This is why cats are used in the mortuary 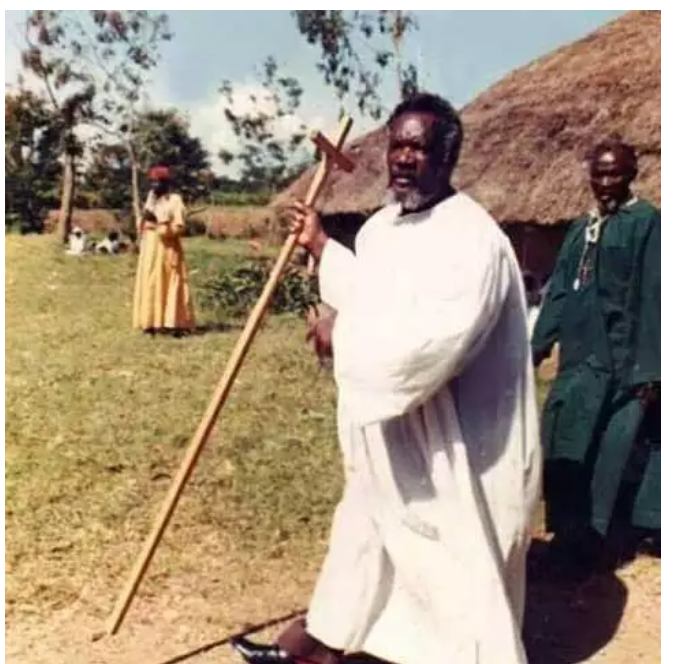 The shrine was basically discovered by the Black Messiah Simeon Ondetto as noted by the standard back in the days of yore. It’s now 27 years down the since their Messiah died and since his death, there has been disagreement over the control of the shrine.

According to the standard, Legio Maria worshipers believe that their “Messiah” will one day resurrect just like Jesus Christ. 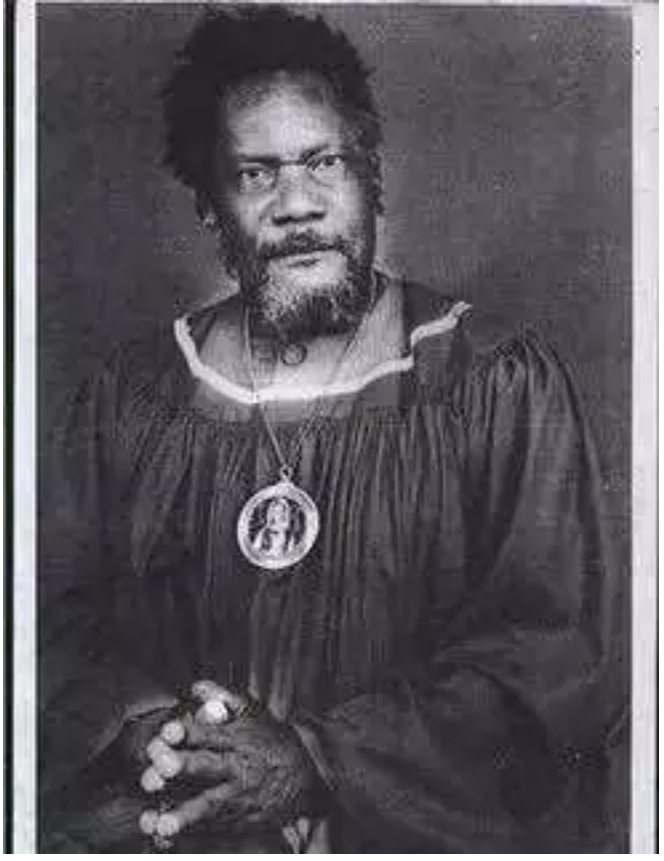 The wrangle started when a team of worshippers led by Pope Raphael Adika tried to access the shrine to conduct their annual prayers.

Another group led by Pope Raphael Ochieng prevented them by hurling stones at them and this is how the war erupted. 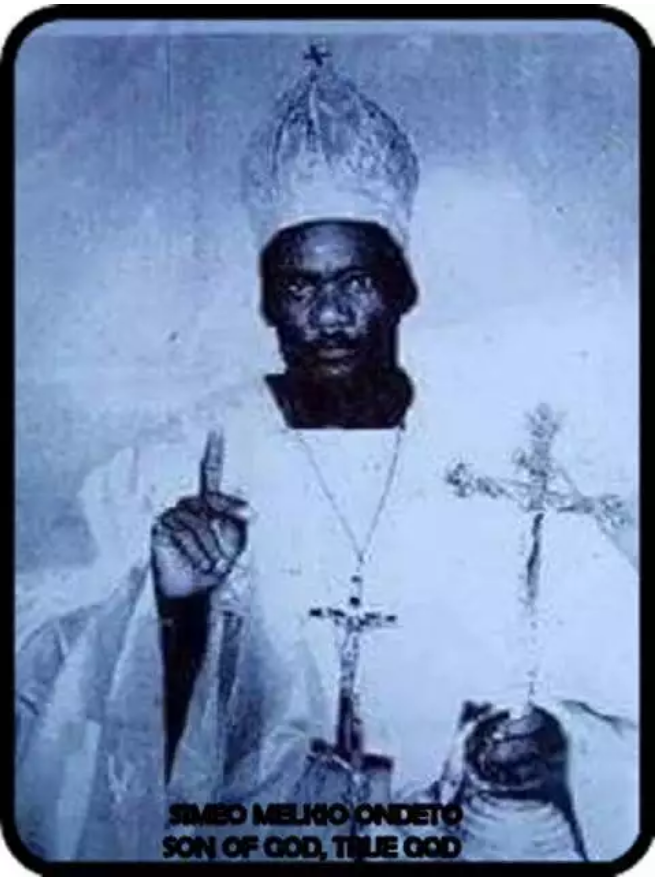 Police officers rushed to the scene to restore amity and disperse the two groups by lobbing teargas without any success. They were forced to be engage in running battles with the worshippers stop the clash. 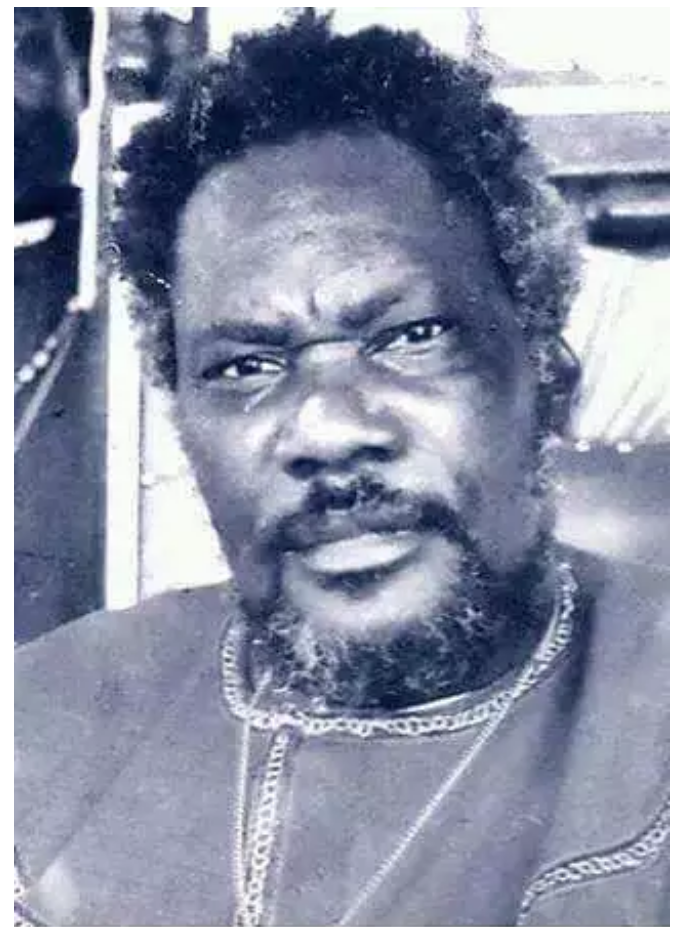 A car was burned down beyond recognition with scores injured. Take a look at some of his photos. The man who is yet to resurrect. 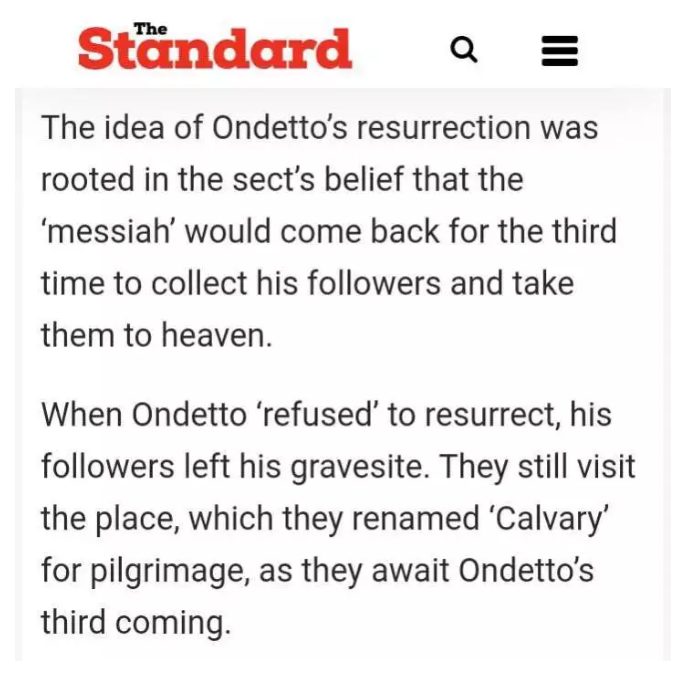