By Building momentum for launch of BBI report.Raila goes on charm offensive to restore public confidence in him.

Elizabeth:We Pray that God gives them a chance to live on and see the annointed one being declared the 6th prezo…he is chosen… we can not live in misery again…sema Amen.

Sing:At this rate hawezani na ruto hata kidogoRutos star is raising and is brighterRailas is falling and becoming dim and dimmer. 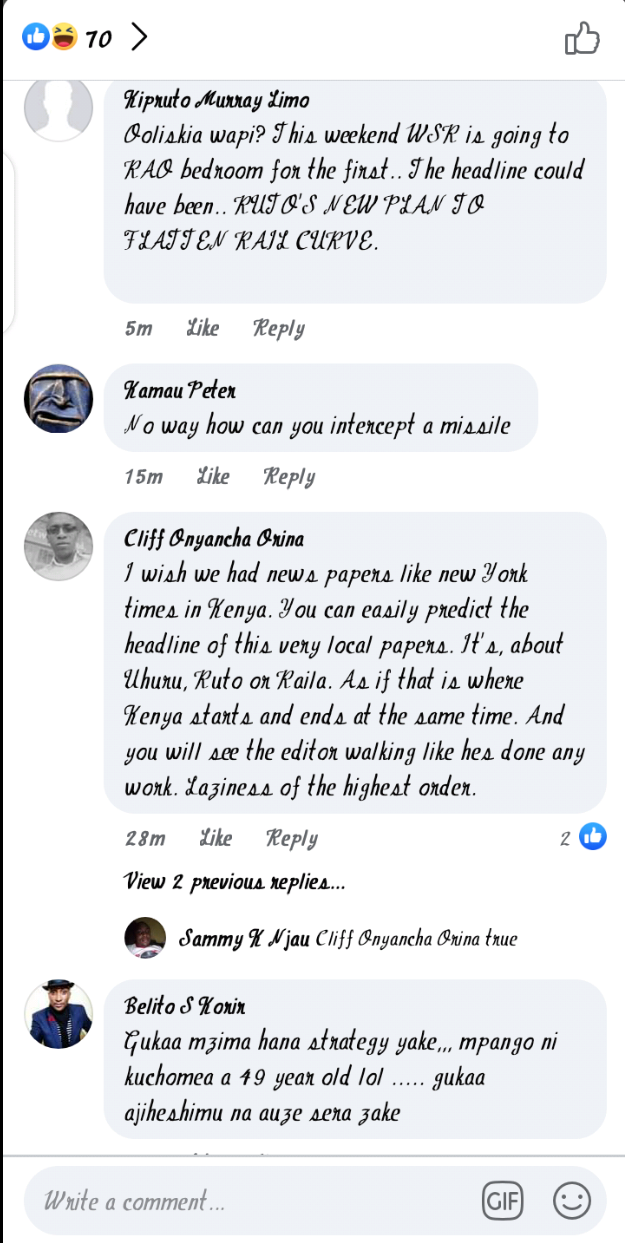 Limo:Ooliskia wapi? This weekend WSR is going to RAO bedroom for the first.. The headline could have been.. RUTO’S NEW PLAN TO FLATTEN RAIL CURVE.

Cliff:I wish we had news papers like new York times in Kenya. You can easily predict the headline of this very local papers. It’s, about Uhuru, Ruto or Raila. As if that is where Kenya starts and ends at the same time. And you will see the editor walking like hes done any work. Laziness of the highest order. 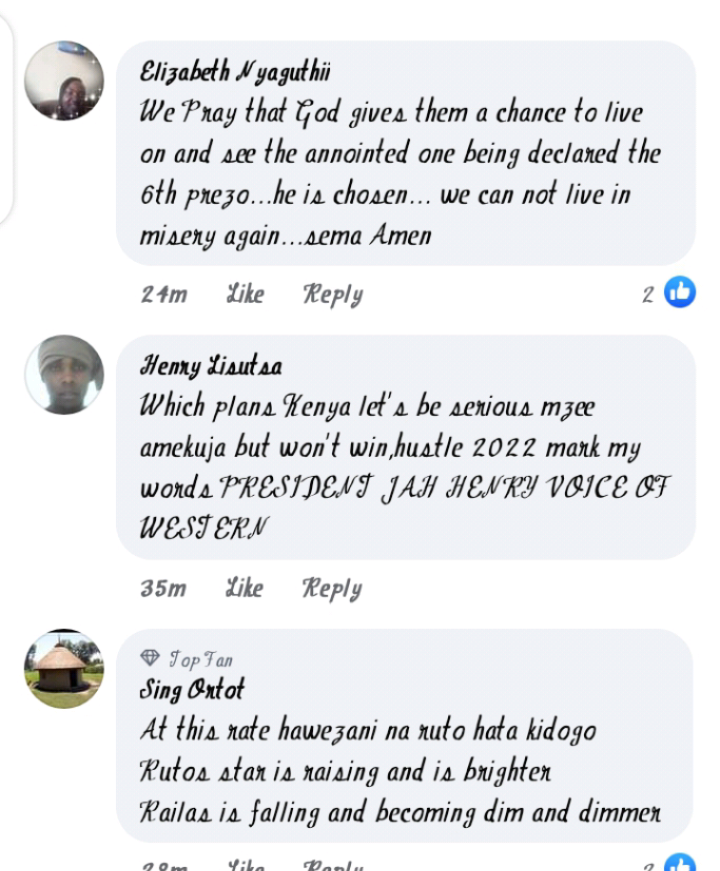 REVEALED :Reason Why Many People Die In July-August Every Year.