Kenyan comedienne Awinja Nyamwalo caused a stir at the Al Thumama Stadium on Sunday evening, going the Kenyan way of enjoying a football match at a stadium, by ‘selling’ peanuts and mukhombero to enthusiastic fans who had come to watch the Morocco vs Belgium World Cup match.

Awinja is part of a group of influencers who are in Doha, Qatar, courtesy of the ‘Twende Qatar na Odibets’ promotion. The multitalented actress is also one of the leading betting firm’s brand ambassadors.

She lined herself up at the entrance of the stadium, where tens of thousands of Morocco fans were thronging the stadium, and all were eager to have a taste of the famous Kenyan snacks, which she was selling at mbao (Sh20).

Morocco fans were eager to have a taste
Needless to say, she was philanthropic enough to let everyone have a taste.

“I have come here to help you guys. This is a Kenyan aphrodisiac,” she shouted as interested fans milled around her to have a taste.

“I like it!” one of the Morocco fans shouted after throwing a few grains into his mouth.

As if she was not done, Awinja, real name Jacky Vike, took the rural Kenyan manners to the stadium where she rolled down her seat respectfully and serenaded the seats with African seat covers to ensure she sat in a ‘beautiful space’.

The group of 26 Kenyans sponsored by Odibets enjoyed the fillings of watching a first ever World Cup match, where Morocco stunned Belgium 2-0 to stand on the brink of qualification to the round of 16.

This was Belgium’s third win in World Cup history.

Fans wanting a taste of Kenyan peanuts
Out of the group of 26, five of them were winners of the Odibets promotion and they expressed their delight at getting the rare opportunity of watching a World Cup match live.

“This is truly magical. I wonder when and if Kenya will ever get to these heights. It is stuff of dreams,” Robert Odinga, one of the winners of the promotion exclaimed after watching the match.

The fans, influencers and journalists were swung to VIP treatment at the stadium, watching the game from one of the lounges at the Stadium.

What Is He Doing Now? Story of Student Who Scored Highest KCPE Marks Ever 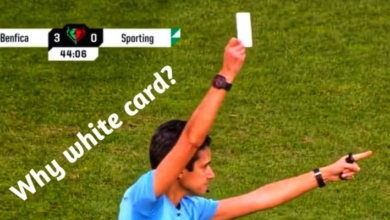 First ever white card shown in soccer: what does it mean?