Mandonga was born in Morogoro where he spent his childhood and part of his adulthood. Before he turned a professional boxer, he made a living driving trucks.

Intimidating his opponents is what Mandonga knows best.

Notably, whether he losses or wins a boxing match, the boxer finds a way of intimidating his opponent and sometimes even doing stunts as if he won.

His breakthrough came after a clip where he boasted about how he would beat his opponent surfaced after he suffered a knockout.

Mandonga’s signature stunts include punching trees with bare hands and running with heavy logs to intimidate his opponents.

It is the post and pre-match interviews that have made him a celebrity in Tanzania and an internet sensation across the world.

After getting the celebrity status, various Tanzanian musicians have come forward and composed a song praising the 43-year-old boxer.

Such musician include Belle Nine who composed a song dubbed ‘Mandonga’ in honour of the boxer.

In an interview after a boxing match, Mandonga hailed his fellow countrymen and women for their love and support.

He explained that his fans have always had his back and accorded him the support in needs even if he losses boxing matches.

(I’m a man of the people, that’s why Tanzanians love Mandonga. That’s why even if I get beaten during matches and it looks like I’m going to die in the ring, they will still support me.)

Mandonga’s recent challenge was against Salim Abeid; the former showed immense growth as he commanded the fight from its onset.

First ever white card shown in soccer: what does it mean? 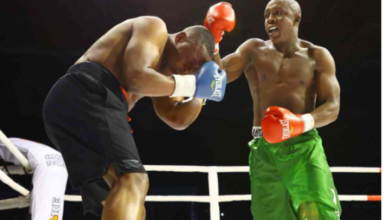 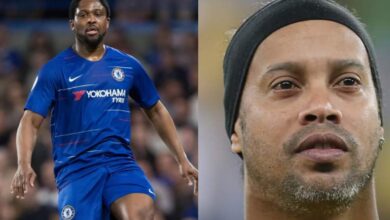 From Billionaires to Nothing!List of footballers who went broke after retiring

4 weeks ago
Leave a Reply